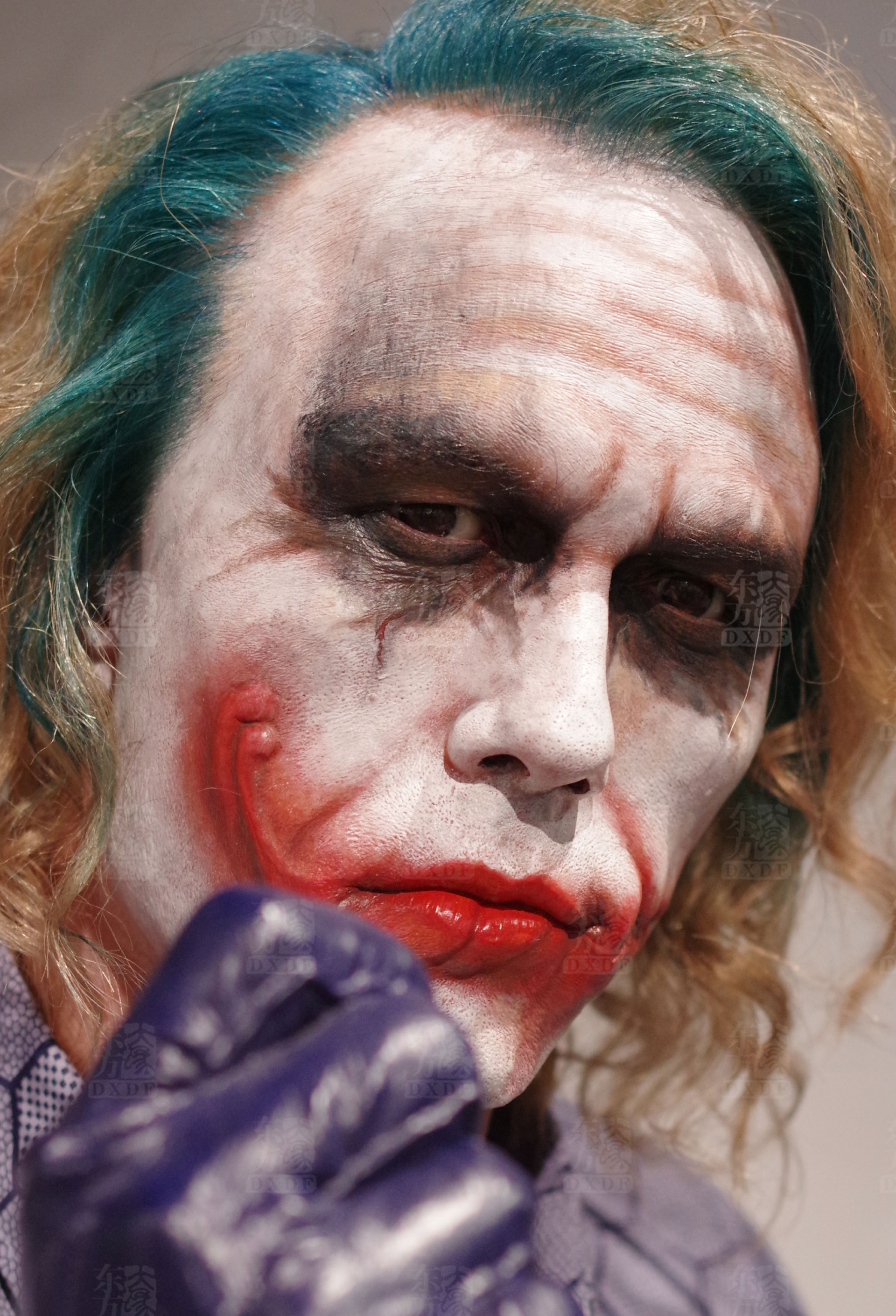 The Joker is a fictional character who appears in Christopher Nolan's 2008 superhero film The Dark Knight. Based upon the DC Comics character and supervillain of the same name, he was played by Australian actor Heath Ledger. A psychopathic, homicidal, unhinged and anarchistic criminal mastermind and mass murderer with a warped and sadistic sense of humor, the Joker attempts to undermine the efforts of the vigilante Batman (Christian Bale), Gotham police officer James Gordon (Gary Oldman), and district attorney Harvey Dent (Aaron Eckhart) to rid Gotham City of organized crime. The character embodies themes of chaos, anarchy and obsession: throughout the film, he expresses a desire to upset social order through crime, and defines himself by his conflict with Batman.